It requires strong nerves and a willingness to experiment: must is put into bottles while it is still fermenting, sometimes with more, sometimes less, residual sugar, and then it is a case of waiting.  This is a very simplified explanation of the first stages of a « pétillant naturel » wine, or pét nat for short.

As popular as the natural sparkling category may be with open-minded sommeliers, dealers and restaurateurs, it is anything but new. 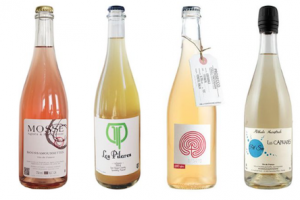 The methods are similar to those of the much discussed and conceptually elusive natural wines, which are characterised by the renunciation of technical and scientific wine-making methods – pure yeast cultures, sulphurisation, the addition of enzymes, cold fermentation and concentration – and rely instead on historical, traditional wine making.

Pét Nats involve a return to the middle of the 16th century, as the process of producing sparkling wine from a single, spontaneous fermentation process without the addition of sugar in the bottle was used in the Languedoc as that time and is still known today as ‘méthode ancestrale’ or ‘méthode rurale’.

The term ‘pét nat’ emerged for the first time in the Loire in the 1990s, referring to products which have so much in common despite their diversity, and is connected with the winemakers Christian Chaussard (Domaine Le Briseau), who died in a tractor accident in 2012, and Thierry Puzelat (Clos du Tue-Boeuf).

There is very little difference in the two basic approaches and definitions.  Legally, winemakers are operating in a grey area anyway. 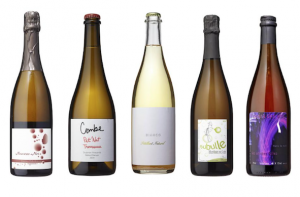 While pét nat was initially a regional French phenomenon, a number of wines of this type have emerged from Germany and Austria over the last two years, following the trend for natural wines.

In Germany, Marie Menger-Krug is playing an absolutely pioneering role.  In 2010 – long before the pét nat hype – the winery introduced méthode rurale Riesling and Chardonnay for the first time.  Menger-Krug proved that sparkling wines fermented using old techniques can actually mature elegantly with her Riesling Rurale 2012.

Other members of the German pét nat faction includes a range of winemakers from Franconia and Rheinhessen, such as Stephan Krämer, Christian Ehrlich, Marc Weinreich, and Carolin and Erik Riffel.

One of the first comes from Bockenheim in the North Palatinate.  During his work experience in Austria and the Loire, Jonas Brand came into contact with the subject of pét nat and later bottled two of his own with his brother Daniel: a white wine made from Sylvaner and Pinot Blanc and a rosé made from Pinot Noir and Portugieser grapes.  “Disgorgement is carried out with 90% of all pét nats, including in France,” explains Brand.  “The aim is to produce a product which, although it is natural, can be opened without any reservations. Without disgorgement, we could not guarantee this and anyone having to repaint their apartment after a bottle of pét nat would certainly not be very enthusiastic.”

As to the Austrian producers who are devoting themselves to these sparkling wines include, for example, the Burgenland-based Pannobile winemakers Judith Beck, Uli Leitner, Claus Preisinger and the Renner sisters, and Geyerhof has been producing it in Kremstal since 2013. “The big attraction of pét nat is surely the notion of playing with uncertainty,” says Geyerhof’s Josef Maier.  “As a winemaker, you have relatively little influence on the development.  Even if the wine has been fermented well, the bottles are warm and everything goes perfectly during bottling, the pét nat does what it wants.  I personally see a great opportunity in the fact that very ripe grapes can be used.  A sparkling wine would become much too strong due to the second fermentation, but pét nat is very balanced.”

In a recent tasting at Meininger Verlag, the numerous other parameters that play a role and how varied and sometimes disparate the results can be was shown clearly.  The spectrum ranged from completely clean, clear, light yeasty aromas to dark, earthy, spicy herbal types and – something that should not be ignored among all the natural wine euphoria – also some borderline or badly flawed sparkling wines with dull fungal, lactic or ethyl acetate tones.

Although there was no reason to repaint the Meininger Verlag tasting room after that pét nat tasting, it was impossible to avoid excessive foaming with some of the wilder pét nats, and this would make some of them difficult to serve elegantly, even in a relaxed, casual restaurant setting.  Even so, the single-fermentation wines represent an enhancement to the sparkling section of the wine list.