France’s wine industry is getting an injection of fresh ideas as more people are helped into the industry. SAFER (Sociétés d’Aménagement Foncier et d’Établissement Rural), the national organisation which controls agricultural land sales in France, has announced that of the 240 vineyard sales they are involved with on average each year, two-thirds are purchased by newcomers to the wine world.

« Fifty years ago, barely 3 percent of farms were taken on by anyone not born onto that farm, but today that figure is 30% and viticulture is no exception, » said Pierre Pouget, director of SAFER’s Aquitaine-Atlantique branch.
SAFER’s president Emmanuel Hyest believes it’s a good thing :  « If we only rely on the children to take over their parents’ property, things won’t move on.  Now we see people coming into the business to fulfill a dream and good for them, because you have to be motivated to keep going. » 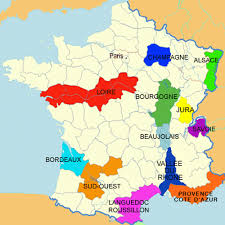 There are 70,000 grapegrowers in France, 28% less than in 2000.  According to agricultural insurance company MSA, the number of grapegrowers decreased by 20 percent between 2007 and 2011.  But the decline is much greater in other farming activities.

Vineyard land can be very expensive and vineyards take time to establish.  Not only is it a difficult job, but results are uncertain and it doesn’t take much to rock the boat. MSA says that after five years, a quarter of newly established grapegrowers have thrown in the towel.

New types of financing deals are helping growers to get established and those deals can « respond to the needs of people who could not have done this on their own, » said Hyest.  For example, Safer can buy a vineyard plot and rent it back to the grapegrower for the first five years, keeping the rental payments back to be used as an initial bank deposit.  This system allowed one young grapegrower to set up in Saint-Émilion despite land prices of €200,000 euros per hectare.

According to Hyest, Safer is willing to look at all types of projects – its priority is to ensure that new generations come into the business. In 2010, 49% of vineyards belonged to people aged over 50.

Lachat explains: « The children of grapegrowers who have had difficulties [in making a vineyard pay] are not tempted to follow in their footsteps … however, vinegrowing continues to retain a positive and worthwhile image to outsiders. »  Outsiders also bring in new ideas.

SAFER plays the role of advisor, visiting the vineyards with potential buyers.  Its role is important because half of the vineyards sold in France each year (1 500ha – 4 500 acres – per year) will be bought by someone setting up for the first time. They will need help to make buying decisions.

In Champagne, where a hectare costs around 1- 1.2 €million euros, the region has a hard time attracting newcomers. « But we’ve just completed a sale of 2.5 ha in the Aube [southern Champagne] thanks to an injection of capital from wine lovers who helped a young woman to set up there, » reports Olivier Baranski of the regional SAFER branch.

However, elsewhere at a recent meeting of French organic grapegrowing organizations, the picture was different. Patrick Guiraud, president of SUDVINBIO, the association for organic winegrowers in southern France, pointed out that the upcoming generation of growers and producers is keen to get started and much more interested in farming organically.

« Whereas wine producers working conventionally have problems with the next generation taking over, among the organic vinegrowers the younger generation voluntarily take over or else decide to convert the estate. »