Israel is a country which conjures images of arid sun-baked hills, hot rustic wines, kosher restrictions and an industry which, boasting a winemaking history reaching back to biblical times, might well be forgiven for a certain stubborn traditionalism.

Nothing, I discovered, could be further from the truth.

The Islamic occupation which started in the seventh century effectively saw an end to viticulture and winemaking in Israel until the nineteenth century when Baron Edmund de Rothschild appeared on the scene armed with cuttings from Château Lafite.  The modern winemaking revolution however, only began in the 1980’s and thus, unshackled by appellation rules and family tradition, a vanguard has emerged driving the industry forward towards the realisation of premium wine production. 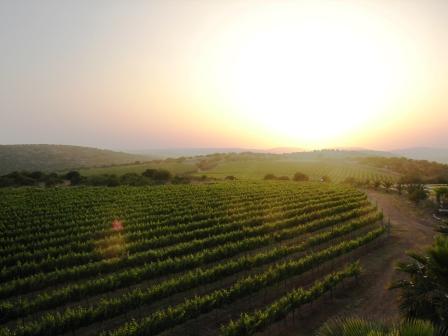 Ella Valley, part of the plains of the Judean Hills

Winemakers, sommeliers, journalists and importers are all part of this revolution and are collaborating to see the emergence of a strong and vital industry.  In world terms Israel is still a fledgling industry but they have all the ingredients to be a serious player on the premium global wine stage.

These is unquestionably a hot climate for winemaking, but just as the Argentines have climbed their mountains to overcome the heat, so too are the Israelis.

This tiny country boasts mountains with vineyards planted up to 1 100m which are proving a Mecca to the quality conscious producers.

They are drawn to the well-drained soils, large diurnal fluctuations, cool breezes and long sunshine hours.  Add to this, soils that vignerons around the world prize; volcanic basalt in the Golan Heights and limestone sub-soils with a thin covering of terra rossa in the upper Galilee and Judea Hills.  The volcanic wines show amazingly low pHs with the subsequent vibrant colour and dancing acidity.

At their best the wines boast fine, supple tannins, mineral and graphite depths with complex floral and fruit aromatics.  Equally exciting are the terra rossa/limestone soils, combining rich concentration of fruit with a lithe tannic framework and fresh acidity providing the perfect canvas for the complex spicy fruit.

The choice of grape varieties, and the direction these plantings are taking, is broadly split between Bordeaux varieties and Mediterranean varieties. Those focusing on the latter are producing beguiling, complex, aromatic wines from Syrah, Carignan, Marselan, Roussanne and Marsanne. There are also some interesting early experiments with Alicante Bouchet and Touriga Nacional.

Those with a Bordelais focus lead with cabernet sauvignon, merlot and cabernet franc.  At best these wines are producing exceptional wines; ripe, supple, perfumed, and savoury with great potential to age.  However, unlike the Mediterranean varieties, there is a stark division in quality.  In a hot climate Bordeaux varieties are far less forgiving and technical knowhow is paramount to preventing unripe but hot and extracted wines. However, the domestic market demand which accounts for approximately 80%, is for the Bordeaux varieties and the commercial realities cannot be ignored. 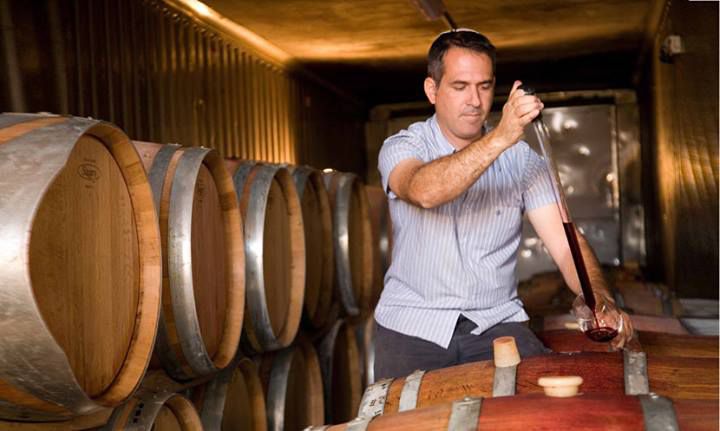 The opportunity to taste three wines from indigenous varieties from Cremisan Cellars was very interesting. There was a blend of hamadani and jandali, an attractive refreshing mineral white wine similar in style to Piedmont’s arneis, a dabouki which was richer, tropical, dry and spicy, more akin to petite arvine from Switzerland and a baladi, similar to a premium Valpolicella in style.

The opportunity to resurrect and taste the original vines from these ancient soils is an exciting prospect, and the early signs of quality are promising.

As a young industry with many self-taught winemakers, there is some understandable lack of experience affecting quality.  Those that missed the mark were lacking tannin management, alcohol control, and had problems with oxidation.  Though the rich, overripe, alcoholic wines are losing currency in many international markets, medals have been awarded to this style which is perhaps unfairly encouraging others to emulate them.

However, as the influx of young, talented, internationally trained Israeli’s come home their influence will spread swiftly.  Where they have settled, the leap in quality within one vintage is stark.  As they share their knowledge one can only anticipate a huge uplift in quality across the board.

The Kosher Conundrum — Blind, it is impossible to distinguish a kosher wine from a non-kosher one without a glimpse at the label.  However, there are certain considerations that would not trouble a non-kosher producer.

Firstly — General perception of Israeli wine ranges from surprise that they produce wine at all, to the assumption that as it is kosher it is likely to be inferior in quality.  That it is generally sold as kosher rather than Quality Wine of Israel does little to challenge this perception.  Kosher and high quality wine are by no means mutually exclusive.

Secondly there are production challenges — It is forbidden to work during Shabbat (sunset on Friday until Saturday night) which effectively means the wine is left unsupervised for nearly 30 hours.  This must be the cause of many a sleepless night.  Indeed cases of stuck fermentations ruining tanks of wine are not unheard of.  This encourages fastidious forethought and planning on the part of the winemaker.  Nothing should be left to chance and it is vital that the first 1/3 of fermentation does not fall on Shabbat.

Politics is the third issue — It is complicating the export efforts of many producers, most particularly those in the contentious areas of the Golan Heights (previously part of Syria) and the West Bank.  These areas are struggling to get the Wine of Origin designation as Israel excepted by some export markets

The overwhelming impression of the Israeli wine industry is one of excitement and determination, camaraderie and optimism.  There was very little arrogance in the many winemakers, sommeliers and journalists, but a determination to continue learning and improving. The vision for quality is one strived towards by the whole industry.

The quality, complexity, polish, finesse and longevity of many of the wines were world class and show their vision is not unfounded.