1976 JUDGEMENT OF PARIS WINES ENTER US HALL OF FAME

The Napa wines that famously beat France’s best in the 1976 Judgement of Paris tasting have been chosen from among millions of artefacts as one of the 101 items that ‘made America’.

Smithsonian magazine, representing the 167-year-old, US-based Smithsonian Institution, one of the largest museum and research complexes in the world, picked out the handful of 1973 vintage Napa wines from 137m possible events and symbols. They now sit alongside Abraham Lincoln’s top hat, Neil Armstrong’s spacesuit, and the American flag — the star spangled banner — in terms of their contribution to US history.

As many wine drinkers will know, the 1976 Paris tasting has come to define a watershed moment for California’s then-emerging winemakers.

‘It was the first chink in the armour of 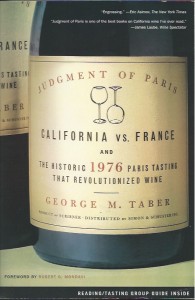 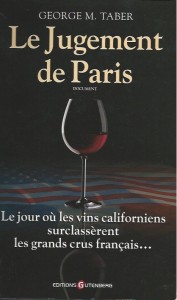 Of the Smithsonian list, he told decanter.com, ‘I do think their place is justified, for the 1976 Paris tasting put California wines on the world map.’

‘It’s an honor and a thrill to have a wine I made included among such historic and ground-breaking artifacts,’ said Warren Winiarski, founder of Stag’s Leap Wine Cellars and winemaker for its 1973 Napa Valley Cabernet Sauvignon that triumphed against Bordeaux in Paris.

Among other bottles, one of Winiarski’s 1973 S. L. V. Cabernet Sauvignon is on display at Smithsonian’s National Museum of American History.