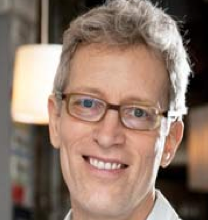 In London, RAW brought together producers of ‘natural’ wines with others in the trade and the public. The producers who took part in the artisan wine fair were required to list additives and processing techniques used.

If only the grapes were the whole story!
Wine has been described as the perfect beverage because the grapes contain all the ingredients necessary to create their transformation. Put grapes in a vat, and over time the yeasts coating the skins set alchemy in motion, converting the sugar in the juice into alcohol. It was just this sort of unbidden fermentation that inspired humans so long ago to spend the next few millenniums improving their methods of winemaking.

A few wines are still made in this way, or at least in approximation, with no other ingredients except the possible addition of sulfur dioxide, which has been used for eons as a stabilizer and preservative. Yet it’s no secret that many wines (most, in fact) include a lot more than grapes, yeast and sulfur. The list in some cases can be staggering.

Forget about the often poisonous chemicals used in the vineyards, which can leave residue on the grapes. In the winery alone, before fermentation even begins, enzymes may be added to speed up the removal of solid particles from the juice, to amplify desirable aromas while eliminating disagreeable ones, to intensify the color of reds and clarify the color of whites.

It doesn’t stop there. Other additives can be used to enhance a wine’s texture, to add or subtract tannins or simply to adjust quality. Winemakers can select specific yeasts and special nutrients to keep those yeasts working. They can add oak extracts for flavor and further tannin adjustment, and compounds derived from grape juice to fix color, texture and body. They can add sugar to lengthen the fermentation, increasing the alcohol content; add acid if it’s lacking; add water if the alcohol level is too high. Or they can send the wine through a reverse-osmosis machine or other heavy equipment to diminish the alcohol and eliminate other undesirable traits, like volatile acidity.

For all of its natural, pastoral connotations, wine can very much be a manufactured product, processed to achieve a preconceived notion of how it should feel, smell and taste, and then rolled off the assembly line, year after year, as consistent and denatured as a potato chip or fast-food burger.

Yet we pay little attention to wine’s added ingredients, even as we have become hyper-conscious about what we eat. Twenty years ago, many Americans may have enjoyed food indiscriminately, but now they weigh the nutritional, environmental, humanitarian, aesthetic and even political consequences of what they cook and consume. Isn’t it time to devote the same careful attention to the wine we drink?

It’s no simple task. Unlike processed foods, wine is not required to have its ingredients listed on the label. This contributes to the belief that any wine is elemental, like fruits, vegetables and meats, and can’t be broken down into constituent parts. That’s far from the truth.

“It is very surprising how many discerning foodies will drink mass-produced, highly processed wines without batting an eyelid,” Isabelle Legeron (below), an educator and consultant who holds the rare title Master of Wine, wrote in an e-mail. 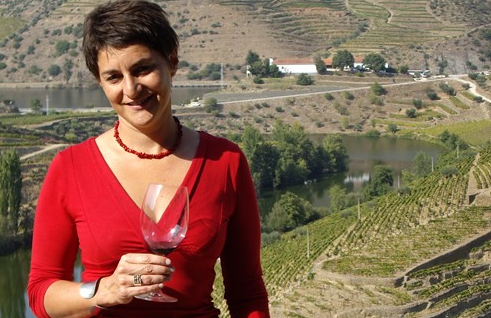 “They just haven’t engaged with wine in the same way, yet.”

For the last two years, Ms. Legeron has held RAW, a fair in London that brings together producers of artisanal and natural wines with others in the trade and the public. All producers who take part are required to list any additives and processing techniques they have used.

“With RAW, we are really trying to raise awareness about transparency,” she said. “We want to prompt people to ask questions.”

The first question might be: why are wineries so reluctant to document what goes into their wines? Ingredient labeling is voluntary, and very few wineries have stepped up. Bonny Doon Vineyard, Shinn Estate Vineyards and Ridge Vineyards deserve applause as notable exceptions.

Many wineries try to explain away their reluctance by arguing that consumers will be confused by long lists of ingredients, or even a short list of traditional but unexpected substances that have been used in winemaking for centuries. For example, artisanal producers who disdain adding enzymes may still try to clarify their wines with egg whites or isinglass, which is derived from fish bladders. Certainly vegans might want to know that information.

The fact is, some consumers make conscious decisions not to buy products when they see what goes into making them. I don’t want added sweeteners pervading the groceries I buy, for example. I love peanut butter, but won’t buy it if it contains anything more than peanuts and salt. Don’t all consumers deserve the same opportunity to make informed, considered judgments about wine?

At the same time, other consumers — the vast majority — continue to buy processed foods regardless of mysterious ingredients. They are motivated by cost, convenience and sensory gratification, or maybe they just don’t care. No doubt the same will be true with wine.

It’s not apparent whether additives in wine pose public-health risks. Nonetheless, if we want foods that are minimally processed, authentic expressions of what they purport to be (like cheese rather than processed cheese), then we want to be able to distinguish between wines that are relatively unmanipulated and those that are industrial products.

Most wineries have no interest in full disclosure. Just as with food manufacturers, they will have to be dragged into some form of honest representation of their product. Sadly, the responsibility is left largely to consumers to monitor what they buy and drink.

As a first step, it helps to think of wine as food. Concerns about where food comes from and how it’s grown, processed or raised ought to be extended to wine. If we ourselves don’t set standards for quality and authenticity, who will?