NEW YORKERS AND BORDEAUX: FROM DISDAIN TO DELIGHT

Not so long ago, quite a few young New York sommeliers might have been seen high-fiving one another as they disparaged the big bully Bordeaux.  In their view, and in the minds of many other young American wine drinkers, Bordeaux was a smug, wealthy, self-satisfied emblem of a bygone era, once the hallowed standard-bearer for great wine but now unfashionable and, worse, irrelevant.

How quickly things change. No, the Brooklyn vinoscenti have not adopted Bordeaux as an ironic symbol.  But the widespread dismissal of Bordeaux seems to have achieved the result of casting it (still the world’s leading wine region) as an unlikely underdog.  Many who so recently wore their disdain of Bordeaux as a badge of honor are now embracing the region and its wines.

“I think it’s almost become this Jura-type thing,” said Daniel Johnnes, wine director for Daniel Boulud’s Dinex restaurant group and an importer, referring to a long-ignored region in eastern France that became the darling of the wine vanguard in the last decade. “It was so uncool to drink it, that you’re now cool if you do.”

Mr. Johnnes perhaps exaggerates to make a point.  Yet, if not exactly cool, Bordeaux at least seems to have transcended its period of disregard. Sommeliers and many younger wine drinkers now acknowledge the region’s history and importance, while expressing appreciation of the wines. What had been a sort of faddish dismissal of Bordeaux has evolved into at least grudging affection and a useful discussion of the region’s all-too-genuine problems.

The new interest is real.  Mr. Johnnes, who perhaps has done more than any other American to kindle interest in Burgundy over the last 25 years, has since 2010 been importing a collection of modestly priced Bordeaux from lesser appellations, like Côtes de Bordeaux Castillon and Montagne Saint-Émilion.  “It’s gotten a huge reception,” he said.  “It’s surpassed our projection by two- or threefold.”

There’s more.  Richard Betts, who made his reputation as a star sommelier at the Little Nell in Aspen, Colo., is now producing Bordeaux in partnership with the Thienpont family, which owns or manages many Bordeaux properties, including the excellent Vieux Château Certan in Pomerol.  Their first vintage, 2010, includes a deliciously drinkable Côtes de Francs for $20 and a minerally, more age-worthy St.-Émilion for $35.  If it seems odd for a sommelier to be making good Bordeaux at a modest price, well, you won’t be surprised by the label, Saint Glinglin, which translates roughly as “when pigs fly.”

“I’m just old enough to remember when Bordeaux wasn’t outrageously expensive and was, instead, drunk and enjoyed regularly,” Mr. Betts, 42, said.  “This is our effort to revive regular consumption of one of the great wines of the world.”

Perhaps most tellingly, BurdiGala, a festive Bordeaux tasting and celebration in New York on Feb. 22, drew a dozen leading producers to speak and mingle with the public.  The event — it’s name is a play on Burdigala, the ancient Latin name for the Bordeaux region — culminated in a black-tie dinner for 200 guests cooked by Alain Ducasse under the Byzantine dome of St. Bartholomew’s Church on the East Side.  If formal wear, a three-star Michelin chef and the East Side conjure up exactly the sort of stuffy fat-cat image that has bedeviled Bordeaux, the genius of the event was getting more than 40 leading sommeliers, who play a crucial role shaping wine opinion, to take enthusiastic part in the service. 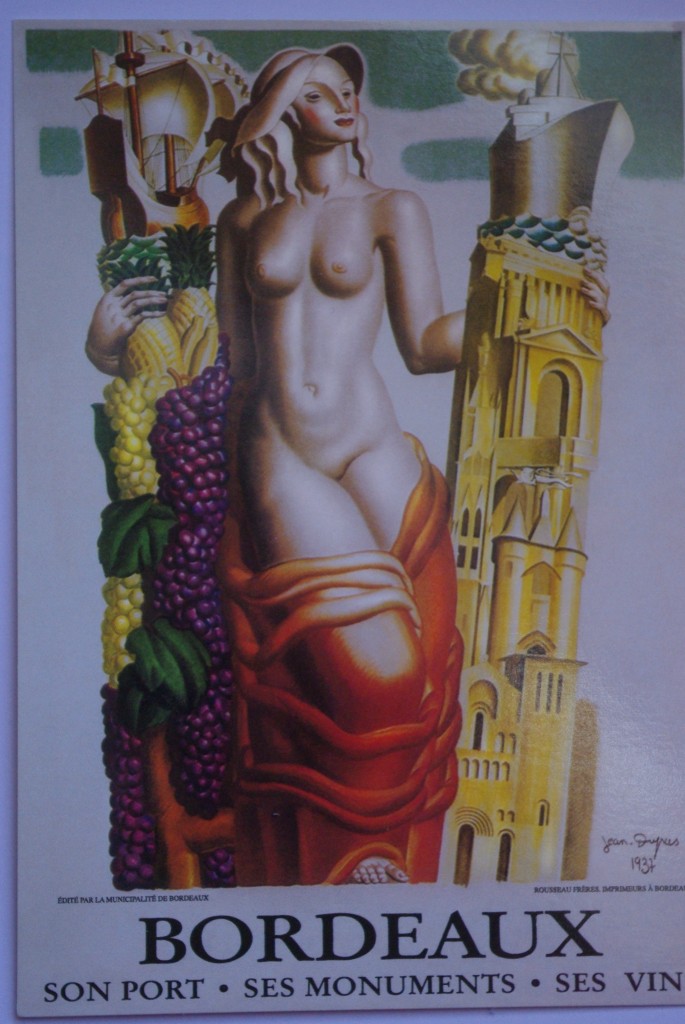 “I think the issue is that it’s always been tough to root for the favorite,” said Bernard Sun, corporate beverage director for Jean-Georges Management, who headed up the sommelier team.  “In terms of the sommelier world, we’ve always tried to one-up one another by finding a rare wine or a rare region.  This time, everybody wanted to come.  It was unanimous, even Mr. Riesling.”

That would be Paul Grieco, the restaurateur and sommelier who has made it his mission to preach the beauty of riesling.  Back in 2010, he marveled to me at how few sommeliers and restaurant patrons were expressing even the slightest interest in Bordeaux.  This is changing, he said, partly because the Bordelais themselves seemed to recognize that they had a problem.

“For all my years in the industry, not a single producer in Bordeaux ever asked to come to see me, but in the last year the Bordeaux producers actually call me, e-mail me and come to see me,” Mr. Grieco said.  “I don’t know if they realized they were getting passed by, but it has turned.”

Certainly, BurdiGala came about through a realization that Bordeaux needed to do a better job of promoting the appeal of its wines.  It was organized largely by Eric Dubourg and Louis Kressmann, both originally from Bordeaux who now work as American importers.  They were inspired by La Paulée de New York, Mr. Johnnes’s highly successful annual adaptation of a Burgundian harvest party, now in its 13th year, in which producers and collectors share wines from their cellars in a festival atmosphere.

« Every event about Bordeaux has been commercial, they’re always trying to sell something,” Mr. Dubourg said.  “I wanted to do something different that was celebratory, where people could drink the wine.”

The Bordeaux producers seemed to welcome the opportunity. “The concept is different, maybe a little Burgundian,” said Véronique Sanders, manager of Château Haut-Bailly, which makes superb wine in Pessac-Léognan.  “But every initiative we can take to bring people to Bordeaux is a good one.” The diminished interest in Bordeaux over the last decade was not helped by the sudden withdrawal from the Bordeaux marketplace a few years ago by Diageo Chateau & Estate Wines, by far the leading American importer and distributor of Bordeaux.

But while that dealt a temporary blow to the availability of Bordeaux in the United States, it may have also liberated the trade to refashion the Bordeaux business with less of a corporate mentality.  Now, many smaller importers like Mr. Johnnes, Mr. Betts and others are getting involved. “One company doing such a large percentage of the business could not be good,” Mr. Dubourg said. “Success is based on more people presenting the wineries, and Bordeaux didn’t have that.”

It’s impossible to discuss Bordeaux without getting to the subject of high prices.  Regardless of how consumers and sommeliers feel emotionally, the prices for many of the top wines — the 2009 Léoville-Barton, long a benchmark for a reasonably priced top château, starts around $130 a bottle — are well out of the range of any but the most wealthy buyers.

If consumers are ever going to flock again to Bordeaux, it will be to the less-exalted appellations.

The quality of these wines has risen greatly, but importers and sommeliers must still dig deep to find worthy wines. “Fifteen years ago it was hard to find good examples,” said Robin Kelley O’Connor, a longtime Bordeaux educator who now works for Italian Wine Merchants in New York and attended BurdiGala.  “Now, there are many good ones.  These are the wines that are going to have to win people over.”

In the end, it’s the wine that speaks most forcefully.

« It’s very complex, incredible in terms of structure, and remains one of the most age-worthy of wines,” said Pascaline Lepeltier, wine director at Rouge Tomate, which has one of the best wine lists in Manhattan.  “If you do your homework, you can find incredible stuff.  But it’s not obvious and it’s not easy.”