A BORDEAUX ROAD MOVIE — 7 YEARS ON… 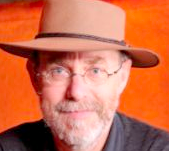 Mr VinoSolex re-discovered this one on

tasting at my friend Philip Scheiner’s, when a dozen wine devotees sniffed and gulped our way through as many wines.  It came second, against a Gevrey 1er cru (the winnner) and other terrific bottles.
The wine was specially blended by the Coopérative of Gaillan-en-Médoc for a group of anarcho-syndicalist slurpers calling themselves Mmmm… ton vin! under the guruship of the urbane and stylish Daniel J. Berger.

The purchase was our way of protesting against the inhuman prices of 2005 primeurs.
We set Petrus in our sights and decided that if it reached over 1500€ a bottle, we’d go out and buy a palette of other good booze for the price of one bottle of the Big P!  After all, in a very good year, most wine is pretty good, too.  So, when Petrus reached 2400€, we had a budget of around 5€ per bottle.  In clear, freezing weather in January 2007, an inner core of four of us drove around the Medoc for three days with Miles Davis in the CD player, dropping into wineries.  Once we’d made our choice and had reported back to the group, demand was strong enough to get us three palettes.

And I still have a few half cases left.