CHATEAU d’YQUEM WILL NOT MAKE 2012

Chateau d’Yquem has pulled out of making a Sauternes in 2012 after the vintage failed a post-harvest taste test, the LVMH-owned Sauternes first growth confirmed. It is the first time in 20 years that d’Yquem has made such a call (below). 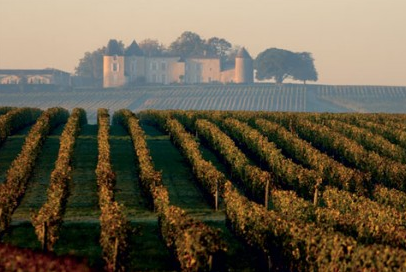 ‘A brand like Château d’Yquem has to be prepared to not make a vintage,‘ Yquem CEO Pierre Lurton was quoted as telling the AFP newswire.  Earlier this year, Lurton announced that d’Yquem would hold back from releasing its 2011 vintage en primeur.

A late start to this year’s harvest meant that all Sauternes producers were already under pressure, but poor weather in October proved too much for many grapevines to handle.  ‘This is a very difficult decision, but the tasting of the harvest confirmed that the level of quality is not satisfactory to become Yquem,’ said chateau spokeswoman Valérie Lailheugue.

Other Sauternes chateaux are also having a difficult time such as Château de Fargues owned by Alexandre de Lur-Saluces.  The chateau is facing its lowest yields for 12 years and had to leave almost 3/4 of its entire grape haul to rot on the ground, according to estate manager François Amirault: ‘We felt crushed by the incredible sense of waste,‘ he said in a blog posting on the chateau’s website. ‘It already looks as though at least a third of the harvest will not be sold under the Lur Saluces name,’ he said, although he added that it will be easier to evaluate quality at the end of fermentation.