There’s a clash of cultures in the world of fine wine, and before too long it could become a war.
On the one hand, we have the fine wine establishment, which is dominated by Bordeaux, but also includes the top Champagne houses, as well as a few others such as the super-Tuscans.  Wine as a luxury good or an investment vehicle.  It’s where the money is.
On the other hand, the emerging terroiriste/natural wine movement.  This is somewhat counterculture, and its development as a category threatens the status quo of fine wine.

As the message of authentic wine with a sense of place – made by people driven by passion rather than profit – gains traction, it is causing a degree of discomfort in the fine wine establishment.

While things are currently very rosy-looking for the top Bordeaux properties, I wouldn’t be surprised if the more enlightened proprietors are casting an anxious glance at the success of events such as the three day natural wine fair held in Borough market this May, just as the large (and currently dominant) Champagne houses have been discomfited by the critical acclaim given to grower Champagnes.

Expect to see an increasingly hostile, organized reaction towards the natural wine movement, and those journalists who support it.  There are already many people briefing against natural wines.  As is so often the case, money is at the heart of this conflict.

Bordeaux enjoys a favoured role in the world of fine wine.  It has a high, almost dominant profile. 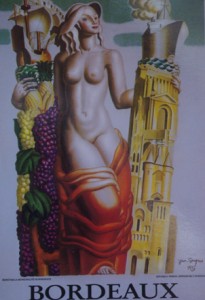 The prices paid for top Bordeaux have escalated over the last decade, and this has made the top Châteaux quite wealthy.  They will find the natural wine movement threatening because it exposes high-end Bordeaux for what it is: on the whole, somewhat less interesting than the newly emerging terroir wines from other regions.

My prediction is that Bordeaux will seek to protect its place – and wealth – by bringing its influence to bear where it can.  Already it holds leading journalists close, through quite lavish hospitality and access to rare older vintages for the privileged few.  Some journalists have spotted where the money is, and for this reason have chosen to write extensively about Bordeaux.  The top Châteaux’ sizeable advertising spend ensures that consumer wine magazines have a strong focus on the region.  Perhaps these magazines will be discretely avoid giving coverage to the profoundly interesting (yet cash poor) terroiriste and natural wines, which come with zero advertising spend.

When it comes to wine education, there’s the horrible possibility that major sponsors of the WSET and IMW could seek to influence what is being taught to students of wine.  I would hope that the curriculum of these wine education bodies is independent of any commercial pressure, but it may be in the future that generous sponsorship comes with implicit ‘strings’ attached.

It could reach the stage where passion-driven journalists who write at length on wines that they find more interesting (such as natural wines) are ostracised by wine publications anxious to protect their advertising revenue.  It would be a terrible shame, but it is not inconceivable that journalists may be forced to choose between writing what they would like to write, and following the money.

In the past, there would be nothing that anyone could do about this.  Fortunately, in the age of the Internet, there are independent voices left – and they will be heard.