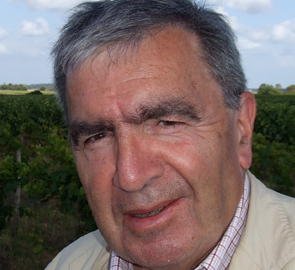 The Portuguese wine industry has undertaken a powerful communications effort in Europe to explain that their rise in the world ranking is key to an increase in importance of of Portuguese wines, even if costly during the crisis years in 2008 and 2009. At last in 2010 their exports increased of more than 16% in value and 9% in volume with an average price increase of 7%.
The media were invited to international meetings in Porto last December when the Portuguese wine industry strategies was becoming to be beneficial, and also in March in Celorico da Beira, to be briefed on Portuguese wine export and individual region potential.  We attended both.

The opening session of the 1rst International Wine Meeting and Tasting Event held in Northern Portugal on the 17th of March was introduced by an interesting presentation of Doctora Edite Azenha, Chairperson of the Portuguese Vine and Wine Institute, commenting on the performance of their wine trade balance in 2010.

Dra Edite’s presentation was full of optimism. According to her Portuguese wines and wine firms are increasingly recognized worldwide on the quality aspects, some of them among the “ World’s best 100” or 200 of various classifications, with notes frequently above 90.  Then she came to an in deep discussion of the Portuguese foreign trade figures for 2010, providing material for stimulating thoughts on the wine market segmentation.

In 2010, Portugese wine exports grew 9% in volume (2,6 million hectolitres) and 16 % in value  (€650 million). The increase was good with PDO wines (Protected Designation of Origin, the equivalent of the French AOP, Appellation d’Origine Protégée) which grew 12 % in unit value, reaching a “psychological gate » of €3.00 per liter (€2.25 per bottle). 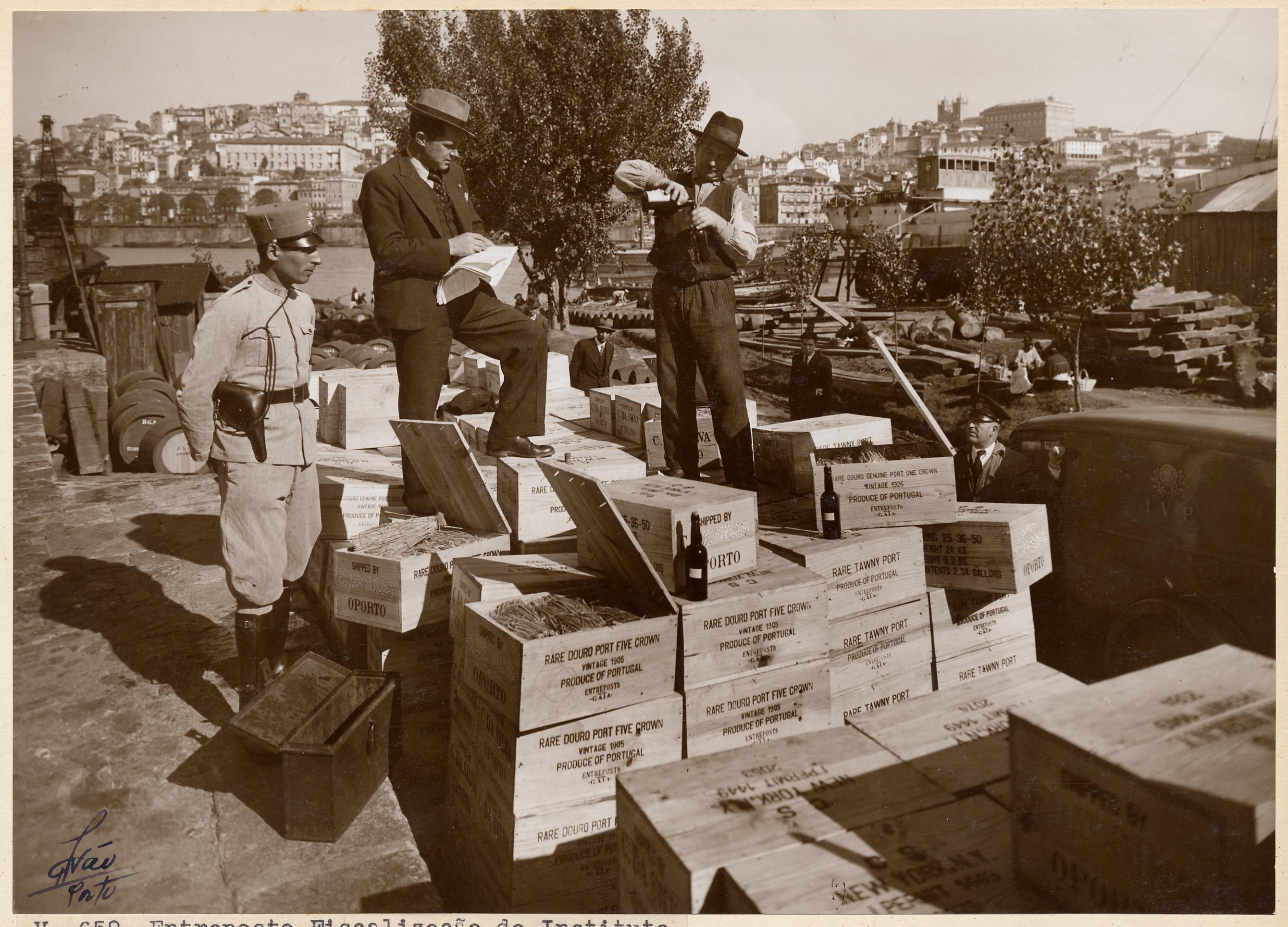 Port Wine Institute Inspectors on the Porto waterfronts during the forties.

The year 2010 came after the two calamitous 2008 and 2009, and that vinho de mesa and PGI (Protected Geographic Indicator) unit values grew at a rate of 24 % which is twice as much than the top PDO segment.  Unfortified wines excluding Port and Madeira and standard bulk shipments grew in volume to over 600,000 hectolitres and in value, to an average €0.57/l at the same rate as standard bottled wines.

The situation is not that encouraging and is worth a deeper investigation by looking at the individual Portuguese wines export markets which can be split in three types:

1)    Former African colonies: they are still the largest market in volume (26%) and in value (20 %), Angola being by far the largest individual export market. Most of the European population left 40 years ago, but the locals have stuck to the drink, contrary to what happened in the former French colonies with large muslim obeyances – this cultural pattern also prevails in the former Belgian Congo, of course with beer, not wine.  This is the kingdom of bulk wine, with average values ranging from €0.5/l – yes 50 cents of € per liter – in Guinea Bissau and Mozambique to €1.12/l in Angola.

2)    France alone is a special case: it is the second largest market in terms of volume (210,000 hl, excluding Port), but with an “African” average value: €1.28€ a liter. It can fairly be termed as the “present Portuguese colony” in France, concentrated in the South-east suburbs of Paris (the 94 District known as “neuf-quatre”) made of second and third generation French passport holders of Northern Portugal origin which stick to Portuguese eating and drinking habits, not quite different from the French ones.  But  this requires the availability of  red or white Vinho Verde quite dramatic in taste and preferably in bulk and: where is this particular drink, now unfortunately over alcoholic (a gift from the European Commission regulation) be found, except in Portuguese Minho and in neighbouring Galicia ?

Efforts by the large Portuguese wine groups to supply this market with more sophisticated and in principle better average quality wines have been only partially successful, if not the predicted disaster.  In France the Portuguese wine market expanded 14% in volume and 50% in value in 2010, a 30 % improvement over the 97 cents per liter registered in 2009.  Similar patterns prevail in European countries with strong contingents of lusophone population, like Luxemburg and Switzerland. 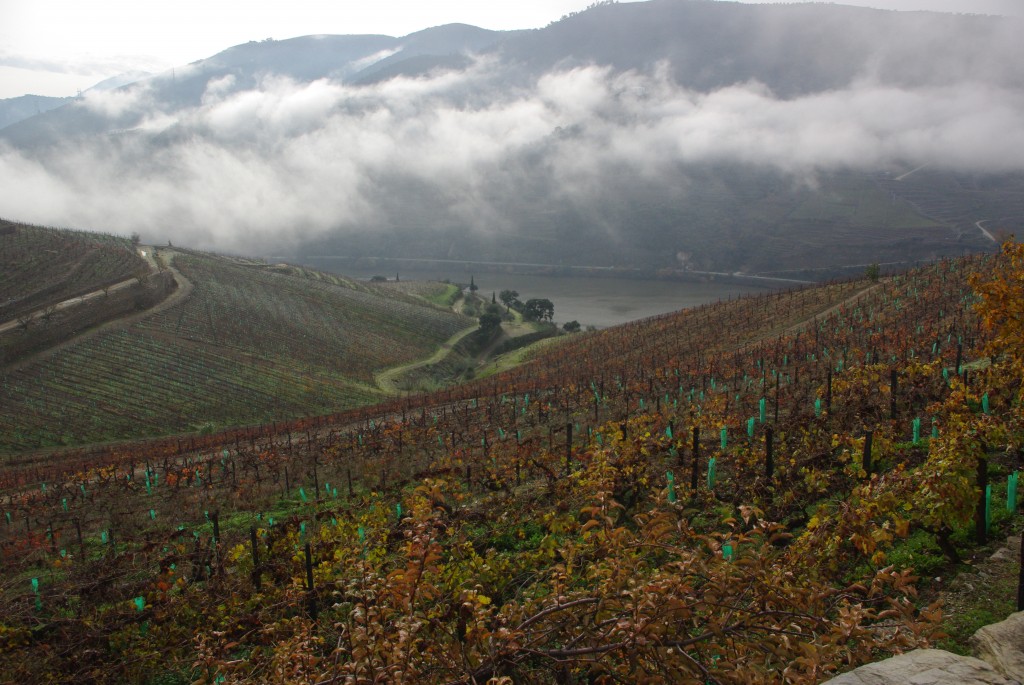 3)    The rich markets characterized by high and quickly recovering unit values, above €3 a liter, approximately the level reached by PDOs: the Netherlands, Denmark, Finland, Canada and the UK, and, a little down to the price scale, Belgium, Sweden, Brazil – a former rich colony this time –, the USA and Italy. China (+140 % in volume) and Germany, the third largest market but the only one in recession, both have low unit prices.

Finally the size of this particular segment on which Portugal truly competes with other origins, that is unfortified bottled wine, excluding Vinho Verde, is about one million hectolitres, only 40% of the total exports including fortified Port and Madeira wines, valued at €4+ per liter, as their volume have collapsed in the last two decades.

This is not bad at all.  On this segment of origin bottled maduro but unfortified wine, Portugal is doing well, as Italy, a sophisticated seller with an average value of €1.82 per liter and far better than Spain (€1.08) which was still going through a major crisis in 2010 with their unit prices collapsing.  Portugal is now far from the years when 70% of the wine exports, excluding Port, were made of Mateus and Lancers rosés… Still, one is far from the French average values: €4.5 a bottle for AOCs and €1.32 for Vins de Pays.

Last, one could ask whether such a market segmentation is valid for the Port and Madeira wines as they still bring half of the total export value.  Roughly yes.  France is by far the largest destination with no less than 238,000 hl, but with the lowest unit price of €3.5/l made of lower quality Ports – drunk by many French old ladies as an aperitive or between meals.  Efforts by Port firms to improve this situation towards better quality but not necessarily more expensive have been remarkably unsuccessful.

The UK (€4.8/l) has receded to less than 90,000 hl at the fourth position behind the Netherlands and Belgium, and with lower prices.  Northern Europe including Russia pays high prices, above €7/l, like the US.    Changes in export volumes and above all export prices tell a lot about fast evolving patterns of the global competition and competitiveness of the different wine industries and of the consumer trends.

The Portuguese wine exports in 2010 show how reports on volatile volumes and prices can be seen as the moment de vérité for this fairly old fashioned but now dynamic industry.

Below: Soir d’automne shot somewhere near the Douro bank at the beginning of XXth century. 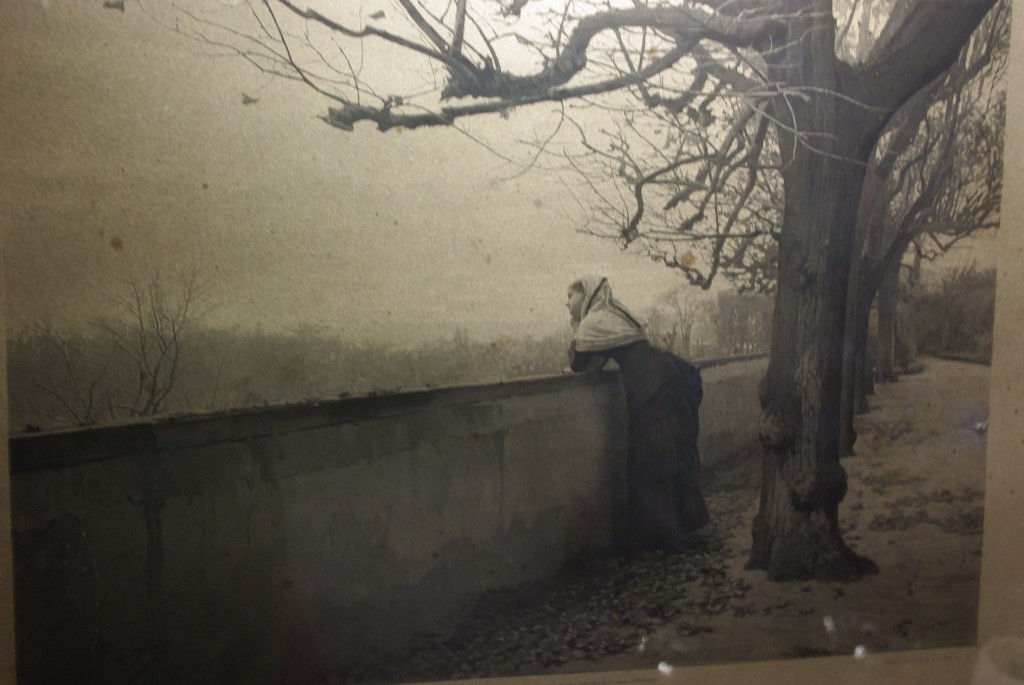