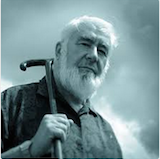 There are growers and producers who, now that the wines are safely in the vats and/or barrels, are claiming that their wines are even finer than the 2009s, for which the market paid astronomical prices for famous Grands Crus Classés.

The Bordeaux authoritative specialist for specialists John Umberto Salvi (Master of Wine) who resides near there gives his assessment.

We will look at the details of the weather later, as weather structures the wine of the year, but the grapes this year were magnificent.  Why were they magnificent?  A very dry summer meant that we did not have any significant pressure from mildew and other fungus diseases. This is rare in the humid climate of Bordeaux where many wine makers who have tried making BIO wine here have given up and declared that it is an excellent way of committing suicide!

Fine, ripe, not over-ripe, healthy grapes mean that growers can take their time and practice highly detailed “parcellar” selection, picking each plot of grapes without haste and exactly when they feel that it has reached its optimum perfection of ripeness, without being in any way over-ripe.  In the USA they talk about “hang time”, which we rarely have in Bordeaux, the window of perfect ripeness being very narrow indeed, especially with merlot.  This is a major factor.

Another reason for fine wine in 2010 is the complexity of the aromas and flavours. We had surprisingly cool nights in August and September and a lot of October (vintage details below), and although we had warm to hot days we had none of the searing, blistering, grape-burning heat of 2003.  A large variation of temperature between night and day has been proved to be excellent for the development of fine, complex and elegant bouquets and flavour compounds.  This year was perfect for such development and we now have two major and very important reasons why 2010 produced those perfect grapes with the ability to make great wine.

A third reason is the highly sophisticated technical equipment that major properties, who sell their wine at expensive prices and can afford such luxuries, have installed in their chais today.  With perfect temperature control, cooling systems, perfect control of oxygen supply, stainless steel everywhere, perfect hygiene etc., there is simply no excuse at all for a competent wine maker not to transform great grapes into great wine. Today the wine maker has total control.  This was not the case in times gone by and is not the case today for the struggling smaller and lesser properties.  It must never be forgotten that these are luxuries not enjoyed by all – far from it!  Dry white wines can be made reductively without effort and red wines given exactly the right amount of oxygen, exactly when and as required.

A fourth reason, perhaps more debatable, is that many great oenologists, particularly the late Emile Peynaud, have said that the greatest wines are made in the driest years rather than the hottest. This year was particularly dry, as we shall see, and not particularly hot.  We have seen the faults in the wines and the mistakes that were made with the ultra-hot vintage of 2003.

A fifth reason was that the grapes were extremely small (a natural result of the dryness) and had thick skins. This had the already mentioned advantage of a lot of pigments and minerals in those skins, and it also gave a different and lowered ratio of pulp (and therefore juice) to skin.  Fine for complexity, depth of flavour and colour, but with the one signal drawback of the vintage – a small crop!  The thick skins helped give wines that were highly aromatic and rich in phenolic compounds without, this year, any trace of vegetal notes and tones.  Ripe pips gave hazel nut tasting tones, which should lead to balanced, ripe and silky tannins.

— A TECHNICAL REPORT — Saint-Émilion produced an excellent technical report in October, saying why they thought they had a fine vintage on their hands.  They cited a very dry winter with a rain deficit from the beginning of the year and a daily minimum-to-maximum temperature difference of around 14°C throughout the summer. These two features coincide with what I have just said. They say that these weather conditions, which continued right up to harvest time, stopped the vine’s growth early, before the initial colour change (“véraison”) that heralds the onset of fruit ripening, leading to a substantial build-up of sugar in the pulp and of pigments in the grape skins.  They say that the same conditions also helped to preserve the aromas in the fruit and, above all and vitally importantly, to preserve excellent acidity levels and thus perfect balance.

In the dry white wines weak acidities were one of the problems in 2009 and the same problem was not unknown in some red wines.  Here, succinctly put, are more reasons why 2010 had perfect grapes.

It also shows that there WAS stoppage (hydric stress) due to the dryness around end July-begin August, and this should not be forgotten.  It was not obvious this year as the leaves did not show shrivel or stress as they did in 2003, when even the grapes were burned if fully exposed to the sun.  This hydric stress did, in some cases, slow down phenolic ripening and also helped keep those acidity levels up where they were wanted.

— Some other comments — There was no rot at all. I am a cynic but for once I believe it because my son did the vintage at Brane-Cantenac and other friends of his vintaged in different areas and all confirmed this unusual perfection!

Careful and meticulous control of grassing between vines in humid areas, leaf removal, green pruning and thinning, depending upon the needs of each and every vine, its age and its vigour, the terroir and the soil on which it was planted, all meticulously done at the correct time; all contributed to the perfection of those grapes.  Today people make up their own minds and no longer follow a leader like sheep as they used to do.

High alcohol levels are beginning to be a problem all over the world, which regretfully we do not have space to discuss here. As shown above, along with the reasons for it, I repeat that, most importantly, acidity levels were perfect. This was one of the problems with dry white wines last year, where weak acidities rendered a number of wines somewhat plump and heavy and lacking the wonderful crispness, freshness and vitality of 2010.

It would be very wrong to omit talking about the sweet wines, especially those made with botrytis cinerea. In September, growers started to worry as the dryness has prevented the development of noble rot. Then 10.4mm of rain fell from 21st-24th and, with a cry of joy, the botrytis invaded.  It grew and flourished magnificently and enabled wonderful, fully botrytised grapes to be harvested with very little grey or acid rot.  So rich did the grapes become that Rieussec, among others, picked some un-botrytised grapes to keep up the acidity levels.

— THE VINTAGE — A few vintage dates of various chateaus to show how heterogeneous and individual were the picking dates of some of the great wines.  The finishing date is perhaps more important than the start date as it was a stop-start vintage with waiting periods in between.  Haut-Brion, La Mission Haut-Brion, Carbonnieux and a few others started picking their sauvignon on 1st September, saying that there was no reason to wait longer.  Château Olivier started on the sémillon on 8th as did Denis Dubourdieu.  As the weather was perfect until 20th, the white wines were almost all harvested under quasi perfect conditions.  Haut-Brion and La Mission had both finished completely by 10th.

Petrus started on 27th September and finished on 2nd October, picking only in the afternoon (95% Merlot). Durfort-Vivens finished picking merlot on 7th October, started on merlot but then stopped for greater maturity.  As 11th – 18th October was totally dry, everybody picked all out.

Château Margaux went for bust, put 500 pickers on the job from 10th and finished on 13th.  So did Château Lafite and Mouton Rothschild was not far off the same.

Château Palmer finished on 20th. Château Durfort-Vivens, on the other hand, only finished merlot on 13th and still had all the cabernet to pick. Château d’Angludet finished on 15th. As for precocity, the malo-lactic fermentation was in full swing in Haut-Brion and La Missionby 18th.

Nearly all Saint-Émilion had finished by 20th, but not Château Guadet who vintaged almost until the end of the month, as did some chateaus in the north of the Médoc, particularly Château Rousseau de Sipian who did not START until 16th!   They said that when they picked the last grapes they had already had two frosts and there were no leaves left on the vines.

In Sauternes, Château d’Yquem finished on 26th, but Rieussec picked their last grapes on 4th November.

I choose to finish as I started, with Château Haut-Brion and La Mission Haut-Brion, which are both perfect examples of all that I have been saying about heterogeneity, hang time, stop and start picking and parcellar selection. They started their red wine vintaging on 8th September, which was really early and before almost anybody else.  However they did not finish until 9th October, which although relatively early still meant that their vintage lasted for over a month, which is a very long time indeed!

— FINALE — A word of warning! When one analyses and writes about a vintage, as in this article, one inevitably writes about, and concentrates upon, the better wines – the successes. In a region as vast as Bordeaux, which produces some 700 million litres in an abundant vintage (considerably less this year, but the official figures will only be known in February of next year), there are inevitably some less good wines and even some downright poor wines – some say far too much and many! If you regard, as I do, wine making as an art, then the same holds true for the wines.

There are only a few great artists, more good to excellent artists, plenty of adequate artists and some poor to thoroughly poor artists. Never expect to find a vintage in any production area universally good.  If I may give a final word of advice, never trust completely my judgment or anybody else’s, however famous.  In the final analysis it all depends entirely on your own personal taste and judgment.  You will get a lot of pleasure tasting the 2010 vintage in Bordeaux and will have some wonderful surprises assorted with a few disappointments.