FUISSÉ, FUMÉ, PRISSÉ: HOW CONFUSING CAN IT GET? 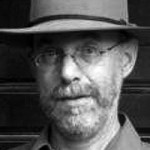 Months after my Solex finished its journey from Chablis to Sablet* I am still writing up the final version of the book which will elucidate for all time the notion of terroir.
Or not.
While I was writing up a section on Beaujolais yesterday, I was struck by yet another example of the difficulty of marketing French wine internationally…

This next passage follows a wonderful visit to the Domaine J.-A. Ferret at Fuissé.

I waited by the church for my mate Pierre, who was coming down in Bertha, his Volkswagen Golf of fourteen-vintages to help me through my first couple of days in the Beaujolais. He’s my neighbour in Paris and my wine guru: having bought top Bordeaux several decades ago, he sees it as his duty to educate me. He has the habit of knocking on the door, holding a bottle behind his back, saying: “I found something just now and might need a bit of help with it. Can I come in?”

I think: if a wine-loving Frenchman gets confused between Fuissé and Prissé, what about your poor, say, Dutch punter staring at the shelves at the local wine shop: “Pouilly-Fuissé, Pouilly-Fumé, Prissé, Pauillac, Puligny. What the heck? Damn it, I’ll take a Jacobs Creek.” 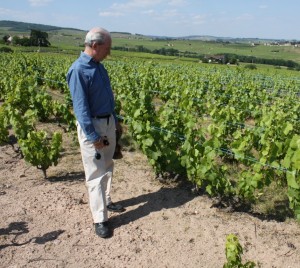 Above : my mate Pierre Wagniart the next day staring at some old gamay, wondering why they look so bereft…