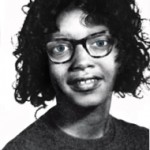 I long had a prejudice against organic wine, suspecting its makers too often prioritised pristine growing conditions over quality.  Since a recent visit of an organic vineyard in Germany, I now see many organic innovations are sensible, even logical practices that deserve praise, not knee-jerk suspicion.
If you’re wary of pumping yourself full of additives along with your alcohol, the main points for possible contamination in winemaking are these.  To keep down parasites and promote growth, artificial fertilizers and pesticides are used ubiquitously in viticulture.

As vines flourish better in slightly less fertile soils, fertiliser is not necessarily used in vast quantities, but pesticide spraying is kept up regularly until the month before harvest.  Various substances are used, notably Bordeaux mixture — a blend of copper sulphate and hydrated lime, which can damage fish and livestock if it spreads to surrounding areas.

Once grapes are picked, they are usually sprinkled with sulphites, which work as antioxidants that prevent decay before reaching the winery.  These are also added during winemaking to improve ageing potential.  While sulphites have been used for centuries, they may adversely affect asthmatics and cause breathing difficulties in a small number of people.  (Personally, I find they make me sneeze when sniffing a glass of wine.)

Wine is also often fined — that is, a substance is added that helps precipitate impurities, which are then filtered off. Fining agents include egg white, isinglass (made from fish bladders), milk casein, gelatine, bentonite clay and silica.  Wine labels in Australia and New Zealand state if a potential allergen has been used as a fining agent, but studies from the University of California’s oenology department have shown that all inorganic and all but the faintest traces of protein-based agents are generally removed by filtering.

Organic winemakers jettison most, if not all of these additives.  They often use sulphites, in which case their wines will state ‘grown from organic grapes’ rather than ‘organic’ wine.  But their growing techniques are not just about avoiding additives — they are also less damaging to the environment.  Instead of risking water-supply contamination with pesticides, for example, organic vine growers will spray them with fine sand and grit mixed with water.  This creates a harmless protective layer that makes the fruit and leaf surface too coarse for insects to bite into.

Another sensible, even charming organic practice is sowing wildflowers between vine rows, providing alternative food for parasites and attracting insects and animals that feed on these parasites.  These wildflowers also stress the vines by competing for water and soil nutrients, making the vines work harder to produce fruit and thus boosting quality.  While making vineyards pretty doesn’t automatically boost quality, winemaking that doesn’t poison wildlife or leave traces of its dirty work in your glass is definitely a worthwhile idea.  As for which organic wines are worth hunting down — check this space next week.