ORGANIC AND BIODYNAMIC FROM BORDEAUX 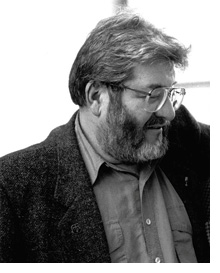 The Time and Date: Friday, March 13, 2009  2:30pm to 6:30pm
The Event: comparative tasting of organic and biodynamic Bordeaux châteaux, as repped by The Living Vine.
The Venue: Fine Wine Reserve, King Street West at Spadina Avenue, Toronto, (416) 593-9463.
The Target Audience: wine media and private customers.
The Availability/Catalogue: every wine was available, although private orders may have to be taken for some.
The Quote/Background: there were 18 wines from across the Bordeaux region, and at various price points. There were more than one bottle of many Chateaus. Indeed, some of the wines had been opened on Thursday 12 for another tasting, stoppered, and offered again for a comparison. One such Chateau even had yesterday’s wine plus a bottling with a label for sale in France only, in addition to the export market.

The Food: a stunning collection of mostly organic products (and French products) from the Cheese Boutique — pâtés, terrines, charcuterie, organic breads, cheeses, dessert biscuits for the port (including a date and nut loaf). By and large, they went very well with the wines.
Organic Ports at dessert! To make the tasting complete, for dessert, Mark Cuff had a tasting of some organic ports from Casal Dos Jordoes, who also supply organic grapes to Taylor Fladgate’s Fonseca for their organic port. I found the Casal Dos Jordoes White Port nicely off-dry but pricey at $27.95. The Tawny Port was stunning, but even better was the 10 Year Old Tawny Reserve Port ($27.95 for 375 mL).
The Upside: a great opportunity to taste on my own, at my own speed, without an agent hovering.
The Downside: it ended too early for me.
The Contact Person: mark@thelivingvine.ca
The Marketing Effectiveness (numerical grade): 90 plus 5 bonus points for the appropriate organic foods.