The Time and Date: Thursday, January 29, 2009 2:30 PM to 4:30 PM
The Event: Presentation of report from the VINEXPO sponsored International Wine and Spirit Record analyzing the changes in the production of 28 countries and consumption in 114 countries.

The Quote/Background: “According to the industry-leading study, worldwide consumption of wine will grow by more than 6% over a five-year period, reaching 2 816 billion cases by 2012. In 10 years, world wine consumption will have increased by 14.07% to 4.16 billion bottles, roughly equal to the annual production of wine in the U.S., the world’s fourth largest producer.
In terms of sales, the world wine industry will total no less than $166.117 billion by 2012: an increase of 8.92% since 2008. «

The results for the Canadian market were related by Xavier de Eizaguirre, Chairman of Vinexpo (the sponsor of the study, now in its 12th year) : « Between 2003 and 2007, Canadian consumers enjoyed over 454 million bottles of still and sparkling wines, representing an increase of 26.62%. The study predicts further wine consumption growth, reaching 49.587 million cases by 2012. In 10 years, Canadian wine consumption will have increased at a rate of 6.5% per year, compared to the world average annual growth rate of 1.4%. Retail sales for the Canadian wine industry will mirror the growth in consumption. While it increased by 29.3% between 2003 and 2007, the sales turnover should rise by a further 26.05% between 2008 and 2012 to reach $5.642 billion. Between 2008 and 2012, the growth of retail sales of still wine in Canada is expected to be three times that of the global market: 26.05% versus 9.56%.”
The Venue: The Suites at 1 King West, Grand Banking Hall in Toronto (below). 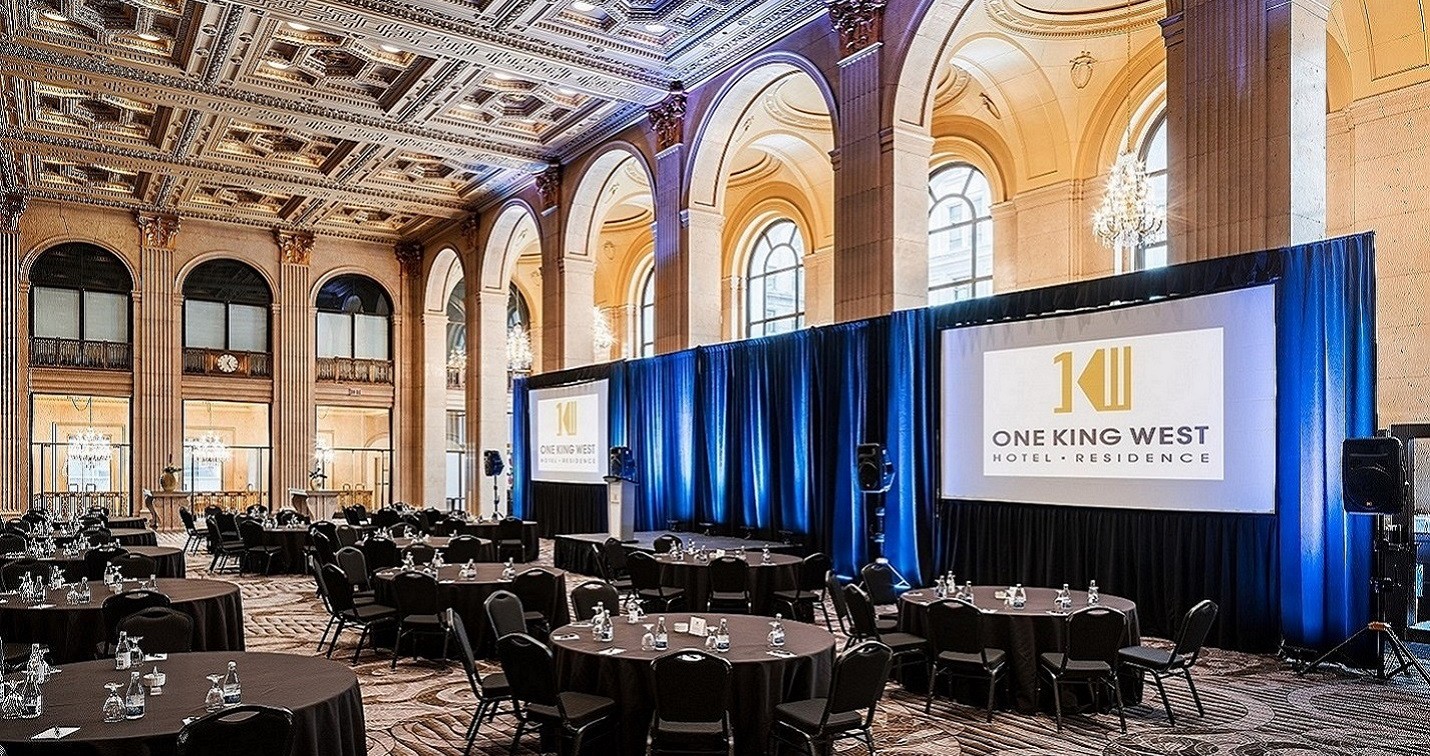 The Target Audience: wine press and wine agents.
The Wines: we had a small tasting of three wines (a Beaujolais, a Chilean wine from Rothschild, and a white Bordeaux). No information on the wines was available.
The Food: Waitstaff brought about some club food.
The Downside: It conflicted with the tail end of the large Australian tasting, which began just hours before.
The Upside: good chance to see The Suites
The Contact Person: vinexpo.ca@sopexa.com The Marketing Effectiveness (numerical grade): 89.