OF WINE, HASTE AND RELIGION 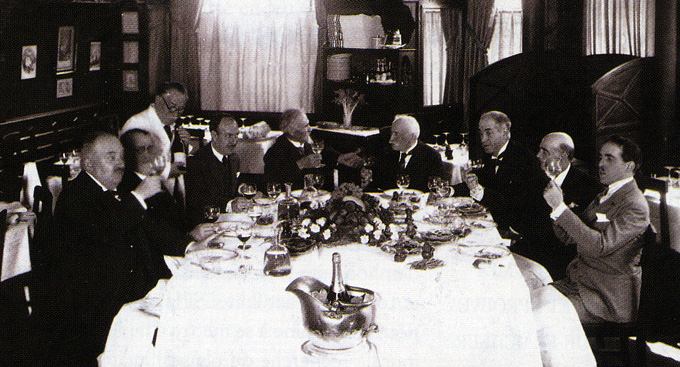 New York City — I was dining the other night with a colleague, enjoying a respectable Russian River Pinot Noir, when he said with a steely firmness: “We’ll pour our own wine, thank you.”
This declaration of independence was prompted by that quintessential New York restaurant phenomenon: a server reducing a bottle of wine to a seven-minute, four-glass experience through overfilling and topping-up of a fanaticism found rarely outside the Middle East.

Acceptable cappuccino was also available throughout the commonwealth at Dunkin’ Donuts outlets, which makes one wonder if liberal elitism really begins and ends in Cambridge, Hyde Park and Berkeley these days. I even saw a Volvo somewhere west of Harrisburg.

But that’s another story, albeit important, of seeping American sophistication-cum-Europeanization.
The liberation I felt at my colleague’s I’ll-pour boldness was intoxicating. That’s right, I thought, we need to take our lives back. Drinking at your own pace is the best revenge.
It’s humiliating to pay through the nose and suffer at affronts to good taste. Wine should glide, not glug, from a tilted, not tipped, bottle. The time that goes into the making of it should be reflected in the time it takes to drink.

That’s so obvious that I got to wondering why wine glasses, even at fine New York tables, get filled almost to the brim, and refilled to that unseemly level, every time you’re distracted from Second Amendment-authorized armed guard of your receptacle.
As with many things, there’s a generous view and a mean one.
The kind interpretation would be that, through a gross misunderstanding of the nature of pleasure, servers and the restaurant managers behind them are convinced that solicitude is measured by the regularity with which a glass is topped up.

The uncharitable view would be that, guided by an acute understanding of the nature of commerce, servers are told by restaurant managers to hustle clients through a meal and as many bottles of wine as possible.
After long reflection, of at least 12 seconds, as measured on my elitist Rolex, I’ve decided the second theory is more convincing.
It’s more plausible partly because it tracks with another unhappy New York dining phenomenon at some remove from the languorous pleasures of Manet’s “Déjeuner Sur L’Herbe.” I refer to the vacuuming away of your plate, at about the speed of light, the second you are deemed to have consumed the last mouthful.
Just as you prepare to dab bread into the unctuous leftover sauce from those slide-from-the-bone short ribs, the plate vanishes. The fact that others around the table may still be eating — and to be without a plate is to feel naked in such circumstances — does not trouble the stealthy masters of this Houdini routine. 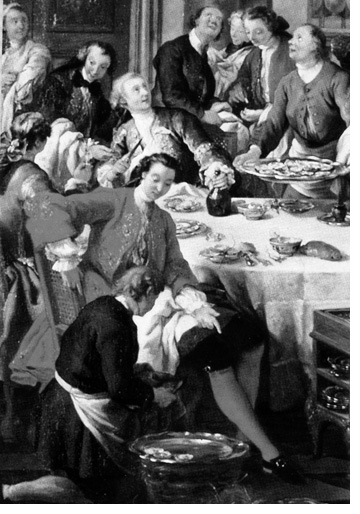 As usual, in such matters, the French have it right. If you deconstruct the leftover, you find something that’s yours, a little messy, even mucky, but yours. No wonder there’s pleasure in poking around in it a little. Manet’s revelers are surrounded by their picnic leftovers. Nobody’s whisked them away.

In the same way, that mix of soil, hearth and tradition the French call “terroir” is personal. You poke around in it and discover that some ineffable mix of the land, its particular characteristics, and a unique human bond has found expression in a wine – not a “Cabernet” or a “Pinot” or a “Merlot” but, say, a Chambolle-Musigny « Derrière La Grange ».
That’s because derrière la grange — behind the barn — a small parcel of land produces a Burgundy distinct from another 50 yards away. Discovering this takes time, just as it takes time after bottling — perhaps a decade — for fruit, tannin and acidity to attain their full harmony.

But I don’t want to grow bitter. Maybe I’ll just cling — yes, cling — to my glass and the religion that’s in it.